FarAway is a successful Virginia area based band playing a wide variety of music on both the cover song side and original side.  The duo of Sara Davenport and Brian Franke formed in August 2012 and since then have played over 150 shows, released an EP called "Somehow", did a month long summer tour fully funded by their fans, and had a song placed on TV.

As a cover band, FarAway plays a range of venues from rowdy and fun bars in Charlottesville, Richmond, Washington DC, Arlington, and Alexandria to low key and laid back venues such at many of the wineries in Virginia.  Their wide range of covers from classic rock to 90s alternative rock hits to singer/songwriters and folk music have made them one of the most demanded male/female duos in the Charlottesville, Richmond, and Washington, DC areas.

As an original act they consider themselves to be a blend of folk and pop.  Their tight harmonies and catchy songs have gotten them headlined at venues such as Jammin Java and The Hard Rock Cafe, shared the stage with Phillip Phillips, Carolina Story, and Griffin House, and landed themselves in top festivals such as the Virginia State Fair, the Northern Virginia Beer Festival, Celebrate Fairfax, Cape May Singer Songwriter Showcase, and the Arlington County Fair.


The story of how FarAway met began on a cold night in the middle of February in 2012, Sara Davenport and Brian Franke met for the first time in person. They both knew of each other through fellow music friends and after talking and hearing each other play, made an instant connection. Soon after meeting they began attending one another’s shows and supporting each other’s music careers.

Both Sara and Brian quickly learned about their shared passion for music. As separate singer/songwriters in the Washington, DC area, they performed frequently solo and in their other groups (The 3MTs for Sara and Twelve Strings for Brian) and wrote original songs. Outside of performing, the two were involved in music in other ways—Sara as a music teacher at an elementary school and Brian as a host of an open mic night as well as doing social media for other musicians. Music was constantly engrained into their daily lives and when they weren’t performing or pursuing other music endeavors, the two enjoyed sharing music with one another and going to live shows.

Before Sara and Brian even sang a song together, the relationship between the two grew stronger through more than just music. After both endured a very rough and challenging 2011, Sara and Brian fit together naturally, helping each other find themselves. They quickly realized they were falling for each other and becoming inseparable in their everyday lives.

It was not until August that an opportunity came along for Sara and Brian to play together. Much like their relationship, playing together came very naturally. Their voices blended incredibly well and even having only practiced a few hours, received warm responses from the audiences they played to.

Since then FarAway has been busy playing many original and cover gigs, and were married in the fall of 2014.  They currently live in Charlottesville, VA with their three cats. 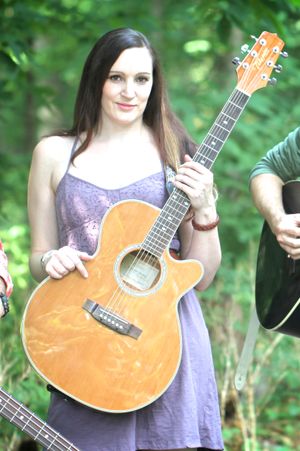 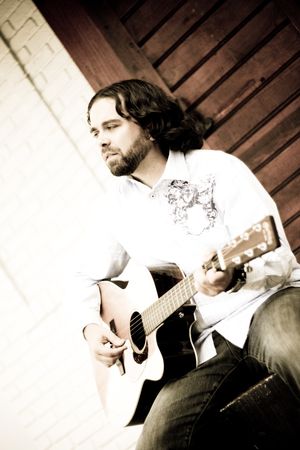